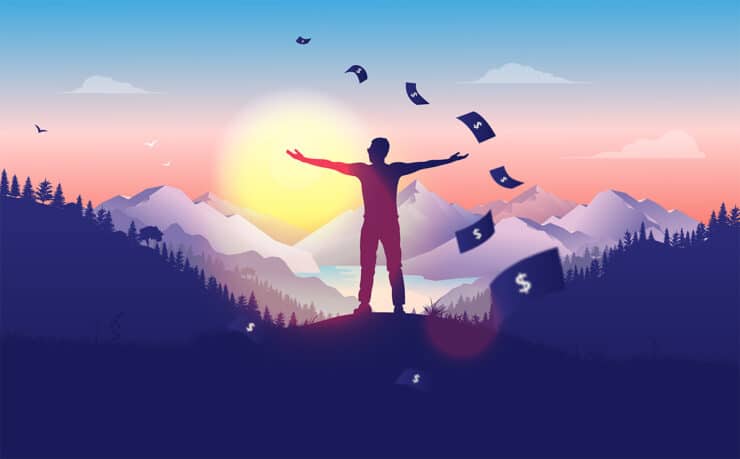 “Many people don’t want to realize- or admit this but you’re not really free until you’ve got financial freedom.” – Grant Cardone

Grant said something quite provocative here when he said “you are not free until you have financial freedom”. It is good to admit upfront that he is a multi-millionaire and so can be said to be a lot more aware of what he is saying than someone who hasn’t handled as much money.

But one needs to understand what he meant by freedom here. Of course, there are various meanings that we all attach to freedom. But Grant is specific, he meant personal freedom to choose what to do, when to do it and how to do it. In all honesty, he’s right on this.

Grant may be right

I don’t particularly choose where I work or who I work with and surely, not even what work I do. So in that sense, I don’t have that freedom.

But I also have freedom. I determine what article I publish on this website, I choose when to publish it, I choose who to work with on it and many more things I am free to do. So you see, I am also free in some way.

Grant is estimated to be worth $600 million. I bet there are also things he is not free to do. I know this because we are still in the middle of a power tussle between Elon Musk and Twitter’s board. Elon has the money to buy Twitter and he has even made a bid for that but Twitter is not just there free for him to grab at will. I bet on some levels Elon would also wish he had some time to himself that I wouldn’t need permission for but he can’t.

Ultimately, life is relative and freedom exists on a spectrum. Having freedom in some areas denies you freedom in other areas. Having enough money to determine what you work on and when you work on it may also mean not having enough time to go to your friend’s wedding. It could also mean missing your son’s performance, while not having money could mean your son doesn’t even go to the best school you would wish.

Spectrum! Spectrum, my friend, is the platform on which all things exist in life.

So what’s the point?

One, although Grant said that, don’t take his word literally and run by it. Being rich doesn’t confine to anyone the best of knowledge or the nuances of it. But that’s not a good enough lesson to pick from this.

So two, do you care about freedom? What kind of freedom? I care about the freedom that Grant is talking about and I’m working my way toward it. But while I am yet to have that, there is a kind of freedom that I cherish at the moment. Freedom to create what I like, when I like and with whom I like. I have that now. I know where I stand and what I need to do to move base. That’s the important thing and it removes whatever pressure that might exist around me.

Yes and No then is the answer. Yes you are not free in some sense. And no, you are also free in some other sense. Relax and enjoy the journey.