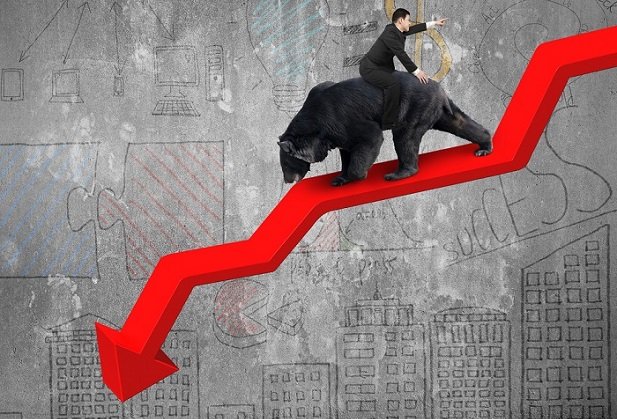 Everyone is a genius in a bull market, goes the common saying. It takes a market correction of like 15 – 20% before an average “genius” starts to think about their life choices.

Another very common saying about the stock market is that “the market goes up and down and the market going down presents opportunities for investors to buy assets at a cheaper price.” Alas, that too is only easier said than done. In reality, the genius above only needed to see their total investment value go down for 2-5 consecutive days for panic to enter the land.

This phenomenon is not antitypical, it is human nature constantly revealing itself. We don’t like to experience loss and the very thought of it can be unsettling.

Well, I have a couple of things here for you to do if you are managing your money yourself. That is if you have a brokerage account where you buy stocks, ETFs, and other investment assets.

What you’ve been doing before the downturn matters

What you’ve been doing matters in terms of one, the quality of the asset (stock) you have in our portfolio. If what you have in your portfolio is a “GameStop”, whenever a downturn happens, you are in for trouble. And I mean that. You can only cope you can’t thrive.

However, if what you have is an “Amazon” then you can consider yourself lucky. Because you can take comfort in the fact that you have a quality business behind your stock and that it will rebound from the fall in price.

So at every point in time, before you add an asset to your portfolio, you want to do so not because everyone is talking about it but because you are convinced about its prospects. If you tick this box, during a downturn, you will have less worry. I tell you, I have little to no worry at all.

The second thing you can do before the downturn that will put you in a position of advantage during the downturn is to have done dollar-cost averaging (DCA). What DCA optimizes for is to ensure that you aren’t buying a stock at its record high. It allows you to spread the purchase of a stock over different price points. And if you do so, as I wrote in this article, even if you bought it at a record high, you can still make good returns as long as you are invested in a quality asset.

So those are the two things you need to ensure before a downturn. Buy quality assets and buy them on the principle of dollar-cost averaging.

Know what a downturn means and zoom out

This is simple but it can make a lot of difference.

A downturn is just a reduction in asset prices. That is they become cheaper.

Now, this should have been a good thing, but in an inflationary economy, that is not good. The last major downturn that happened was in 2007/08. And the market has not only recovered from it, it has thrived ever since. That’s not the lesson I want to bring out of it.

The major lesson to bring out of it is the government response to what could have been another major downturn that happened in March of 2020. Because a downturn is generally not good for the economy, governments will do whatever they can to avoid it. And that could mean printing more dollars. They will rather do that than allow another major market downturn.

Will we still have a downturn? You can expect one. But so can you expect the government to respond in all the ways they can to ensure it isn’t catastrophic.

Doing so should be enough to calm the nerves. Don’t look at your investment position. Just look at history.

History shows that market downturns are not the exception, they are the norm. Sometimes, the market loses 5% value, other times it is 10% and sometimes it is 40 or 50%. Nothing is strange. downturns are a feature of the market, not a bug.

Morgan Housel has a beautiful line about this: If markets never fell they wouldn’t be risky and if they weren’t risky they’d get really expensive and when they get expensive they fall.

So dust your history book and know that market falls are part of the game and it will be irresponsible to not expect them. Not expecting them is a recipe for their occurrence.

downturns will happen, no one knows when and in what magnitude. But you can’t wish them away and acting irrationally during downturns can cost you more than you can imagine.

The market you are invested in matters

By market, I mean country. If you are invested in the US, all that I’ve said so far stands.

If it’s any other country, you have more boxes to tick and the best course of action might be to run out of the market.

Box 1: how strong is the economy? A strong economy has a direct impact on the stock market. An economy that is growing and strong will have more companies on the stock exchange seeking capital and growing revenue and earnings. Otherwise, they will go very bad just like the economy.

Box 3: consider many other things like per capita income, dollar reserve, and more.

In the 4 horsemen apocalypse of the Stock market, I noted that fear, great hope, and ignorance are factors that we all must watch against as investors. Ignorance is well cubed with facts and logic and I’ve laid that out so far in this article.

Fear, greed, and hope are emotions. Logic and facts are never enough to take care of them. You need to be aware of them and recognize when you are being influenced by them. Recognition is the beginning of dealing with emotions.

And the goal is to bring yourself back to a place of acting based on knowledge.